Home » Top Things to do in Virunga

Top Things to do in Virunga

Top Things to do in Virunga :The park was gazette in 1925 by King Albert of Belgium solely with a purpose to protect the endangered mountain gorillas. The Park covers an area of about 7800km2 and is part of the Virunga conservation area which includes Mgahinga in Uganda and Volcanoes national park in Rwanda.

Tourism in this park has been hit hard by civil unrest but since 2013 the park has been growing tremendously and the park brags of about 10% of the Vegetation endemic to the region.

Some of this vegetation is what facilitates the habituation of some wildlife species like the gorillas.

This is the most obvious thing to do in this park. There are six habituated gorilla families in the park and are waiting to be trekked. Virunga National park is among the four only parks where these gorillas still inhabit. Others being Mgahinga, Bwindi and PNV. 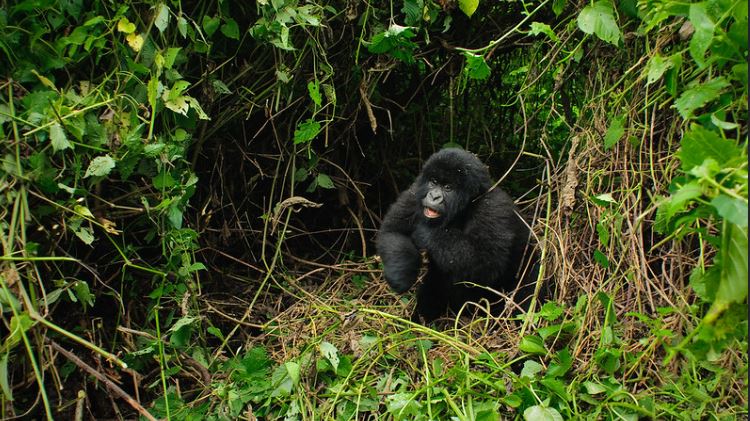 This is the next most obvious thing in the Virunga. This chimpanzee tracking is as old as 1987 and was started by a zoologist named Frankfurt in 1987.

Chimpanzees are the most closes apes to human and since there discovery, a lot of people have been flocking the Virunga Parks to have a look a these special creatures.

The chimpanzee habituation permit is sold at 100usd and allows travelers to interact with the chimpanzees learning more about them.

Virunga national park is a tropical rain forest with dense vegetation. There are various trails that travelers follow leading to different directions and sites.

Travelers encounter various animals during the walks, which include buffalos, elephants, different types of monkeys, Thomas cobs and large concentration of hippopotamuses approximately 20,000 living on the banks of lake Edwards and other water in the national park.

There is the other exciting thing to do which is hiking Nyiragongo which is an active volcano. It is found in the center of the park and it has the largest lave lake in the world.

This mountain last erupted in 2002 and the lava streamed more than 20km into the communities around. Up to 2002, the mountain had been recorded to have erupted over 34 times.

Virunga national park is the best site for viewing the spectacular montane landscapes in the neighboring countries.

These include the snow summits and the jagged relief of the Rwenzori Mountains, the volcanoes in the virunga conservation area together with the Afro alpine vegetation of tree ferns and the dense forests.